Due to the continuing official ban on major events until at least 31 August 2020, the Handball Bundesliga GmbH is forced to postpone the REWE Final4 tournament for the DHB Cup 2019/20 to the year 2021. The new date for the tournament is now 27/28 February 2021. The premium event will be held in the Barclaycard Arena in Hamburg. Already purchased tickets remain valid.

Record holder THW Kiel, TBV Lemgo Lippe, MT Melsungen and TSV Hannover-Burgdorf have qualified for the title. These four teams will play the title holder of the year 2020 on the above mentioned date in two semi-finals on Saturday and the final on Sunday. The throw-up times and opening times will be announced at a later date in consultation with the responsible TV stations and the arena.

VIP tickets to all events can be booked directly through LIQUI MOLY HBL. While stocks last. 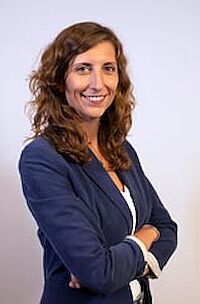 From the south:
Take the A7 to the Hamburg-Volkspark exit and from there simply follow the signs and the parking guidance system to the "Arena". The Barclaycard Arena can also be reached via the HH-Bahrenfeld exit and the route is signposted.

From the north:
If you are coming via the A23, take the A7 southbound at the Hamburg-Nordwest junction and continue to the Hamburg-Stellingen exit. There, please follow the signs to "Arena". The same applies to all guests coming from the north via the A7.

From the east:
Take the A24 in the direction of Hamburg until the motorway merges into a roundabout. There you take the second option in the direction of Centrum onto Sievekingsallee. This becomes Bürgerweide. When you come to a T-junction, turn right into Wallstraße, which becomes Sechslingspforte towards Alster. Turn left at the Alster and cross the first bridge on the right (Kennedybrücke). Then keep straight on and follow the main road half-left towards the television tower. From now on, drive straight on for about 5 km and then turn right into Schnackenburgallee, which you follow until parking spaces for the arenas are signposted.

From the west:
Coming from the A1, turn onto the A261 at the Buchholzer Dreieck and continue to the Hamburg-Südwest motorway junction. Here you change to the A7 northbound to the Hamburg-Volkspark exit and from there simply follow the signs and the parking guidance system to the Barclaycard Arena. The Barclaycard Arena can also be reached via the HH-Bahrenfeld exit and the route is signposted.

The Final4 ticket entitles you to free use of all HVV means of transport on the outward and return journey. Further information is also available here.

In addition to the parking areas directly adjacent to the Barclaycard Arena (RED, BLUE, GREY), parking spaces are usually also available in the vicinity of the nearby football stadium.

Is it allowed to take photos during the REWE Final4s?
You are welcome to bring your simple digital camera and take pictures with it. However, professional photographic equipment (e.g. with exchangeable lenses or SLR cameras) is reserved for the accredited press.

Which items are prohibited in the REWE Final4 of LIQUI MOLY HBL?